"playing in the river with my caribou..."

Hello from Thailand! Ryan is off getting a massage (well deserved and necessary after 40 hours of travel in 48 hours) so I figured I'd visit the internet shop to wrap up my trip to the Philippines. I never thought I'd tire of $7 full-body massages but after four massages in as many weeks, I'm starting to feel a bit gluttonous ...for now.

Day 20: Bayombong
As I mentioned in my last post, the final destination of my Philippines trip was Bayombong, the capital municipality in the province of Nueva Vizcaya. My dad grew up in Bayombong until he left for university. It is also where my mom took leave from her station in Basa Air Base to give birth to me. 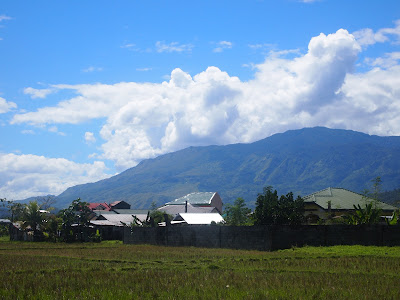 My mom, dad, brother, and I arrived in Bayombong early in the morning by bus and took a couple of tricycles to my Uncle Oscar's house. Uncle Oscar, my dad's younger brother, is the one of four siblings that decided to stay in the Philippines. I was surprised to find an almost identical resemblance between him and my father, though ironically Uncle Oscar looks about ten years older. Although my uncle speaks little English, he made sure to tell me several times that his heart was happy to see me. I hope I was able to get across that I felt the same. His wife Mirna cooks for a small eatery right next door to their home. While the "adults" caught up on their respective goings on, I enjoyed watching the different customers - school children, university students, small families, and men on motorcycles - come by the window to order their breakfast. 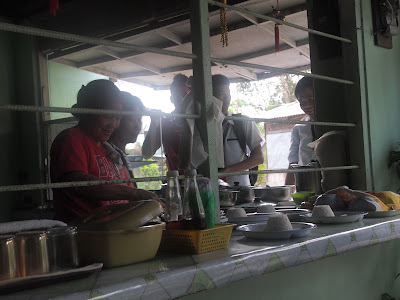 Day 21: Bayombong
Family friends were kind enough to spend they driving us around Bayombong. We drove through the university that is currently driving the population and commercial boom. My dad explained that when he was growing up a river used to flow right through the land where the university now sits. I loved to hear him recall how he used to catch spiders and fly kites by the river. As the eldest child he was responsible for caring for the family caribou. He pointed to where on the university grounds he and his friends would bring their caribou to pasture. At around 10 in the morning, he remembered, the caribou would get hot and restless. The children would then walk the caribou to the river to bathe, and would themselves take their bath. My dad laughed aloud when he recalled that the children would use the caribou as makeshift humps, splashing and playing water games.

"I never imagined, as a little boy playing in the river with my caribou, that I would make it to the United States," my dad said. Looking around his small town in the country side, I'm not quite sure how he found his way to the U.S. either, though I can tell you it was not without its setbacks. 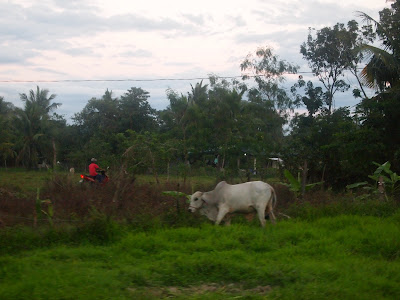 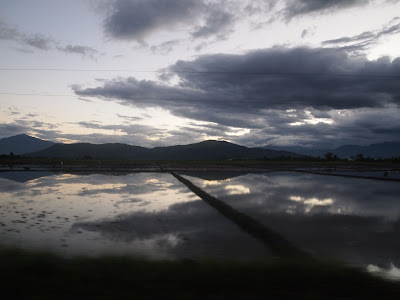 We also drove to the hospital where I was born, Veterans Regional Hospital, similar to a county hospital in the States.

Day 22: Bayombong
Throughout our week in Bayombong we paid many visits to relatives still residing their or in the surrounding area. My dad's aunt, Ason, cried tears of joy when my dad walked through her doorway. Ason spent most of her life working in Saudi Arabia as a nurse, sending wages back home so her children could attend school.

My cousin Darryl, Uncle Oscar's son, brought out a photo of my dad's parents. It was another "first" of images I had not yet seen before. I smiled to see a hint of myself in my grandma's photograph. 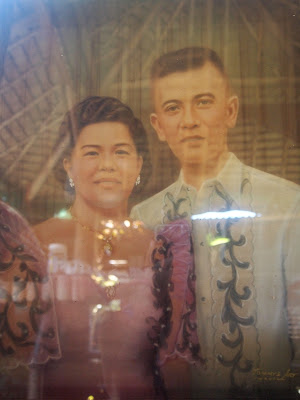 Ryan and I made it to Ko Phangan yesterday evening and have already met some really great people. Our new friend Christian, a German man visiting Ko Phangan for attempt number two at a month-long yoga course, is three for three with good recommendations. Last night he took us to an eatery called Mama Pooh, where I had easily the best meal (mixed vegetable tempura, pad thai, spicy papaya salad, and Chang beer) I've had since the beginning of this trip. This morning Ryan rented a motor scooter for the duration of our stay and we zoomed off to have breakfast at the coffee shop Christian recommended ("Puts me to shame," Ryan admits), and now Ryan is at the massage place that Christian frequents. I should get off the computer so that we can explore our island destination, but I'd like to leave with something that Christian said during a conversation he had with our taxi driver/resort owner Olan last night:

"When you recognize that the ego is not the center of everything, it is the beginning of something." 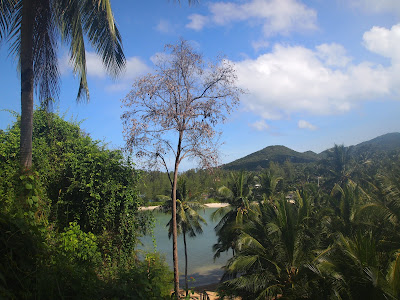 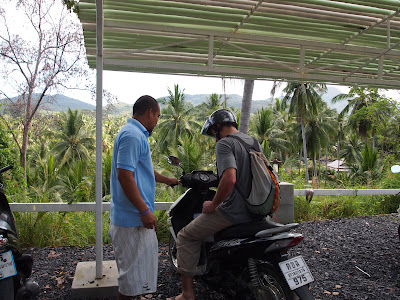 all these places had their moments...

Philippines
13° 00 N, 122° 00 E
Hey, everyone!
I decided to take momentary retirement from writing in Tagalog after my brother informed me that I spelled a word incorrectly (one of four attempts) in my first post. Shoot. Though I have been able to understand most of the conversations around me, the error is an accurate reflection of my struggles to speak Tagalog. Imagine the surprise on new acquaintances' faces when they ask me a question in Tagalog and instead receive a response in a stumbling combination of elementary Tagalog and "Californian" English. Sometimes when I am completely caught off guard or the pressure is on, as seems to be the case when I meet family members I haven't seen in twenty-plus years, I can muster little more than a desperate stare to communicate my lacking ability. I probably spoke better Tagalog as a three-year-old before leaving for the States. It is both embarrassing and humbling to experience such difficulty with my home language.
I have come to the end of my tour through the Philippines. For the second half of this trip my family and I left the beach resorts behind and got down to my purpose for being here - to see where I was born and where I grew up for the first three (almost four) years of my life, and to meet family who had last known me as a toddler excited to move to some placed called America. The last two weeks have been a welcome sigh of relief, as I finally started feeling connected to the Philippines. I had spent the first half of my visit feeling very detached and unable to identify with the people or places I was seeing. Guilt ensued from the flat feelings regarding what should have been a triumphantly sentimental return to the Homeland. I realize now, however, that although I found our island destinations to be breathtakingly beautiful, these places were never a part of my family's existence here. So, I was more than happy to visit places of my past, less the glamor but infinite times more magnetic.
Day 14: Manila - Baguio City
My family and I left Manila in the morning to make the drive to Baguio City, where my brother and older sister were born. I was born in Bayombong and spent a short time in Basa afterwards, but grew up mostly in Baguio before my family moved to the United States. Baguio, a beautiful city in the mountains of Luzon (at an altitude of 4,900 feet), is called the "City of Pines." With cool temperatures uncharacteristic of the country, the city is officially known as the Summer Capital of the Philippines. Although the drive should have taken about five hours, we reached the city at nightfall due to traffic in Metro Manila and road construction along the way after recent flooding.
Day 15: Baguio City
In the morning we visited the first house we lived in in Baguio after my mom, a military nurse for the Philippine Military Academy (PMA), was transferred from Basa Air Base. My parents still own the house, though it is currently being rented by a family from Korea. We also drove by the second house we lived in in Baguio, a quaint little house in the Navy Quarters. I loved to listen to my parents and sister point out little spots to tell stories. This is the playground you used to play in... This is where Jan skinned his butt standing on the pegs of Leah's bicycle... This is the pool where you almost drowned... 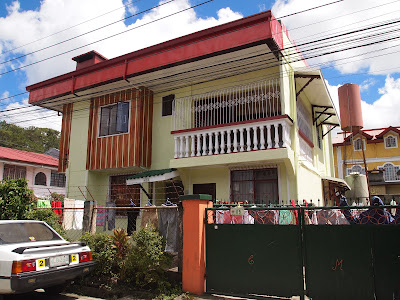 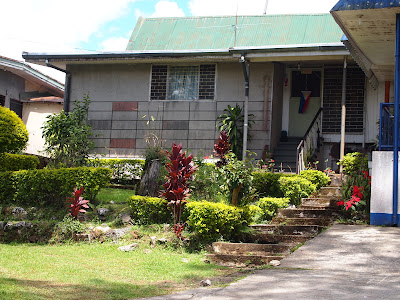 My very favorite place to see was the church where my mom and dad got married. My parents left most of our photo albums behind when we moved to the United States. The albums were stored in my aunt's basement and were either lost or destroyed shortly after. I have never seen even one photo from my parents' wedding day so it was really special to have the chance to visit this church.
We spent the afternoon driving to various tourist sites in Baguio, including Wright Park, Mines View Park, the Mansion (the Philippine President's summer home), and Session Road. 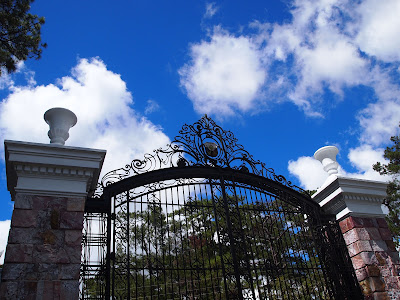 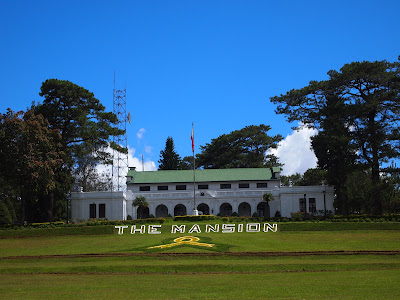 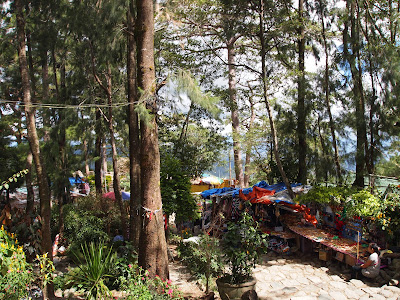 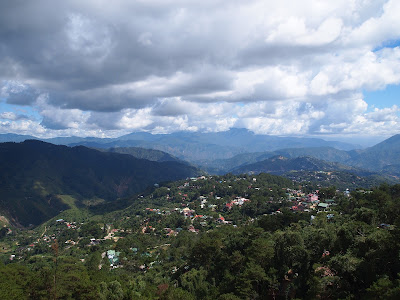 Day 16: Baguio City
We paid a visit to the Philippine Military Academy (PMA), a training institution modeled after West Point. As we walked the beautiful grounds watching cadets perform PT and hearing faint sounds from the practicing marching band, my mom shared stories of attending cadets' formals and the like while she was studying in Baguio to become a nurse. My mom's first husband, Captain Rolando L. Jimeno, was a PMA cadet when she met him. Capt. Jimeno died piloting a helicopter for the Philippine Air Force on February 9, 1981 - three days before my sister Leah's second birthday. He was 28; my mom was a widow at 26. I wondered what she was thinking as I snapped photos of my nephew, who has a love for anything with an engine, play and pose by a model of the same helicopter Capt. Jimeno piloted. Before we left PMA we stopped at the memorial for departed soldiers bearing his name. 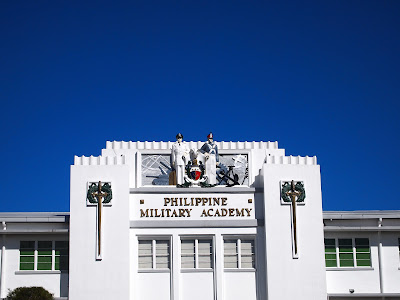 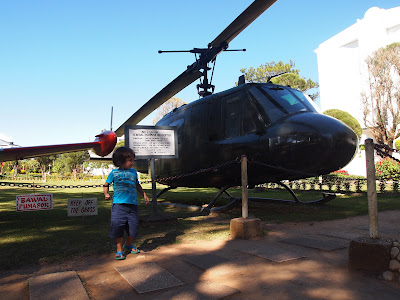 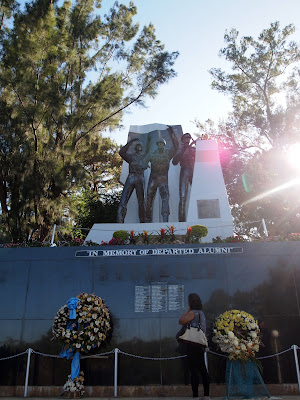 Day 17: Baguio City - Manila
My dad and I caught the end of the foot parade for the Panagbenga Flower Festival before we left Baguio for Manila. 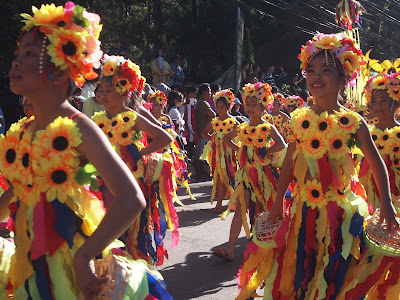 On our way out of the city we stopped at the viewpoint on Kennon Road to have one last look at the beautiful mountain city where I spent my childhood. It occurred to me that while Baguio is a far cry from wintery Park City, perhaps it was my early years here that set the stage for my love affair with the mountains. 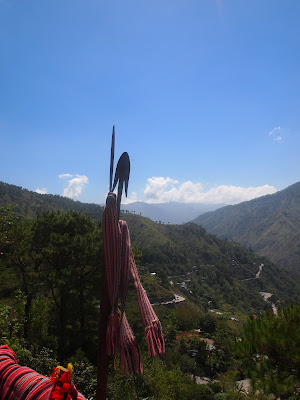 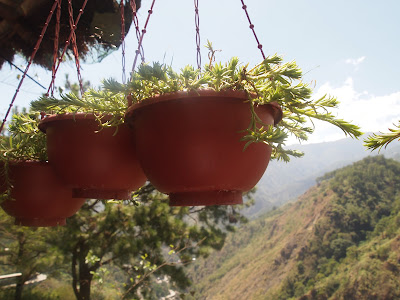 I will have to write about the next stop, a visit to where my dad grew up and my birthplace, Bayombong, on the next go 'round. Right now I am going to spend my last day in the Philippines with my mom, dad, and brother. My mom and brother are heading to Hong Kong in just a few hours.

Tonight I leave my family behind to head to Bangkok to meet my friend Ryan. He is en route from Park City as I write this. From there we are headed to Ko Phangan for the (in?)famous Full Moon Party. Our plans are completely in the air after then; with seven total weeks to explore Southeast Asia I'm sure we'll figure something out. I promised that we'd go cliff jumping (or similar activity) within the first week of our trip, so we'll see if I can make good on that promise...


Thanks for staying tuned.